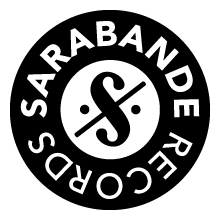 Sarabande Records is a new record label set up in 2009 by Morgan and Dylan Szymanski. Our aim is to provide high quality recordings by some of the UK’s finest young musicians at the start of their careers.

We work with artists, musicians, designers, photographers and producers at the fore-front in today’s digital age, offering musicians a refreshing alternative to the monotonous monopoly in the music industry.

The Unicorn In The Garden

It’s apt that “The Unicorn in The Garden” should feature a highly artistic and engaging CD covering, clearly reflecting Morgan Szymanski’s artistic capabilities and creativities as a classical guitarist of the highest order. Released in 2005, this recording features both a of range works specially composed for Morgan Szymanski as well as pieces from more familiar composers for classical guitar.  Coupled with Szymanski’s technical mastery and musicianship, his clever piece selection makes for a winning combination.   As a listener you’ll find yourself fully engaged from the start of the first track to the end of the last. This recording culminates in just under an hours worth of during which time Szymanski will have taken you through a selection of works by well as works by Manuel M. Ponce, Agustin Barrios Mangoré as well as more recent composers, Alec Roth, Simone Iannarelli and Jorge Ritter.  The recording opens with the piece bearing the title of the recording, The Unicorn in the Garden, where the listener is immediately taken into the mysterious and mythical world of the Unicorn through the flurry of harmonics, ringing out from Morgan’s made by the Italian luthier, Luciano Lovadina. Composed by Alec Roth, this release also later features a delightful set of pieces by the same composer entitled “Cat Dances”. Morgan uses an impressive range of guitar techniques, from glissando to artificial harmonics to really bring the distinct character traits of each to life.  The works of Morgan’s fellow countryman, Manuel Ponce are likely to be of greater familiarity to most. Whilst written in the first half of the 20th Century, Ponce’s Suite in A minor was a deliberate attempt on Ponce’s part to emulate the style of a JS Bach Suite. The fact that the suite was composed at Segovia’s request in order to play a joke on a baroque-loving and legendary violinist fellow Fritz Kreisler must have been well executed and well received. Morgan’s qualities not just as a guitarist but as a classical musician really shine in this area, his approach revealing the intricacy of the counterpoint and clear separation of voices throughout the Suite.  JS Bach also provides an interesting link to the composer of the next piece the legendary Paraguayan guitar composer, Augustín, Barrios Mangoré, himself inspired by the works of Bach. This disc features a perennial guitarist favourite, Una Limosna por el Amor de Dios, the last major piece composed by Mangoré before his death. Morgan’s interpretation is a fitting tribute to this fine player and composer. The persistent and clearly executed tremolo throughout really captures the scene of a frail and pleading beggar holding out a faltering hand to secure donations from passers-by, as the composer had intended.  From Barrios, the recording moves on to two highly engaging pieces by the Italian composer Simone Iannarelli. The first is an entertaining and delightful waltz (subtitled a Homage to Barrios) and is followed by a Cancion para Beatriz, (Song for Beatriz), where the influences of Barrios and other lyrical style composers such as Miguel Llobet are readily identifiable in the piece. Both pieces make for enjoyable listening and are again expertly performed by the player.   Jorge Ritter’s Theme, 6 variations and Finale entitled Varaciones Capoeira bring this release to a fitting close and highlight Morgan’s versatility and excellent musicianship in presented a range of styles and musical influences.   A highly recommended release from all of us at Classical Guitar News!

Recorded at the Bolivar Hall in 2006, this release underlines both the versatility of Morgan Szymanski musicianship together with the ability of classical guitar as an instrument. Aptly entitled “Mano a Mano”, literally translated as “Hand in Hand”, the recording features a selection of broadly termed “Latin American” pieces comprising of classical guitar and range of more and less familiar instrumental combinations with harpsichord, percussion and accordion featuring alongside, voice, cuatro and cello.

Meanwhile, Machaca refers to the international ensemble formed by Morgan Szymanski in 2006, in this their first recording, ‘Mano a Mano’ launched at the Purcell Room in London’s South Bank.

The recording opens with a rarely heard Manuel Ponce’s Prelude for Harpsichord & Guitar in which Szymanski is joined by Jose Menor on the harpsichord to create a highly effective balance of voicing across the two very tonally different instruments. This is follwed by a series of three more familiar compositions by the Argentinian composer Astor Piazzolla, the first of which, Bordel 1900, bringing together guitar and Violin (played by Ruth Rogers) to stunning effect. The late night ambiance of a Parisian Cafe is similarly brought vividly to live in the second Piazzolla piece, Café 1930, as Morgan’s guitar is joined by the Vietnamese Accordion player, Phoung Nguyen. Piazzolla is rounded off by a return to the familiar pairing of guitar and violin in Nightclub 1960.

It’s then the turn of Venezuelan composer Antonio Lauro, with the popular guitar Vals Criollo (Natalia) set to an instrumental arrangement of guitar, voice, cuatro and percussion.

The waltz theme is continued in the highly engaging Valzer Brilliante composed by the Italian composer, Simone Iannarelli, for which Szymanski is joined by the Sacconi Quartet before two well-known works by the Cuban composer and guitarist, Leo Brouwer; Danza Característica and Canción de Cuna (Lullaby). In both instances the percussive elements of the guitar are really brought to the fore by Szymanski, as guitar combines with percussion and voice in the case of Canción, where, Soprano, Laura Mitchell makes a guest appearance.

Manuel Ponce is again represented here, but this time in the form of Estrellita played by Szymanski and cellist Gemma Rosefield. Paulo Bellinati features next as guitar and percussion combine in a powerful rendition of the perennial guitarist favourite Jongo, featuring some amazing percussive effects on both instrumental areas.

No South American themed collection would be complete with a work or two by the Brazilian composer, Heitor Villa Lobos. In this instance it’s Bachianas Brazilieras No 5 (Aria), sung by Laura Mitchell, again showing what an emotive and effective musical blend of voice and guitar can be. The recording concludes with a series of pieces composed by the English composer Alec Roth, bringing together Szymanski’s excellent guitar with the excellent string technique and musicianship of the Sacconi string Quartet.